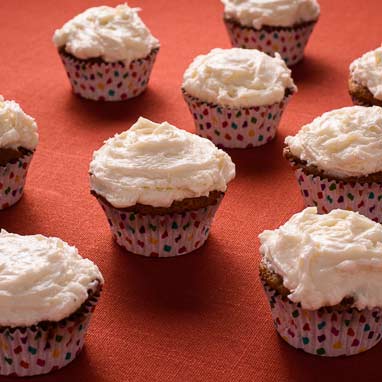 "The Palm Restaurant has the greatest Carrot Cake in the world. The slice that they serve you from the menu is huge and very tasty. It is a slice of Carrot Cake that should really be served to two people, but when they deliver my slice to the table I refuse to share it with anyone!

"This recipe for a cupcake version is not the one from the Palm Restaurant, but it satisfies me every time. Anytime that I can put some pecans in a baking recipe I will, which makes this recipe for Carrot Pecan Cupcakes perfect."
—Rushion McDonald