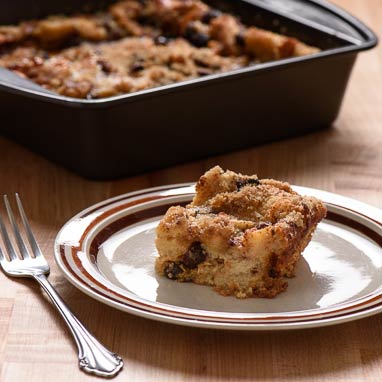 "I grew up with six sisters and two brothers. My mother had to cook and bake very fast, because she did not want us standing around the kitchen whining about when the food would be ready. One of my favorite desserts that she baked was a very simple Raisin Bread Pudding.

"I use day old white bread, however some recipes use French bread because of the bread's consistency. I grew up in inner city Houston, Texas, so French bread was not an option. If you don't have stale bread, leave the amount of bread for the recipe on your kitchen counter wrapped in paper towels and it will be stale in the morning."
—Rushion McDonald