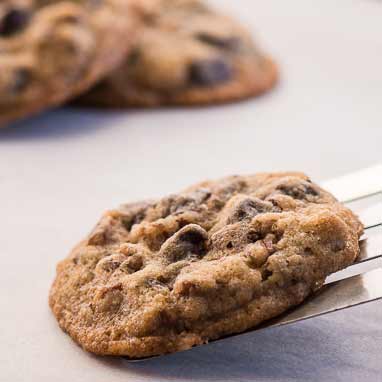 This cookie gets its name from a generous willingness to deliver in the flavor department, particularly due to the addition of toasted pecans. It was also named for the gentleman that the recipe came from: Charles Rosselli. Charles is native to the northeast United States, but now resides in Florida. In 2005, the American Culinary Federation awarded Chef Rosselli the title of Southeast Pastry Chef of the Year.

These are perfection. I made them a little smaller than suggested at 28g and reduced the time by two minutes to get more cookies.